Home » Manufacturing World » How Are Semiconductor Thin Films Made?

How Are Semiconductor Thin Films Made? 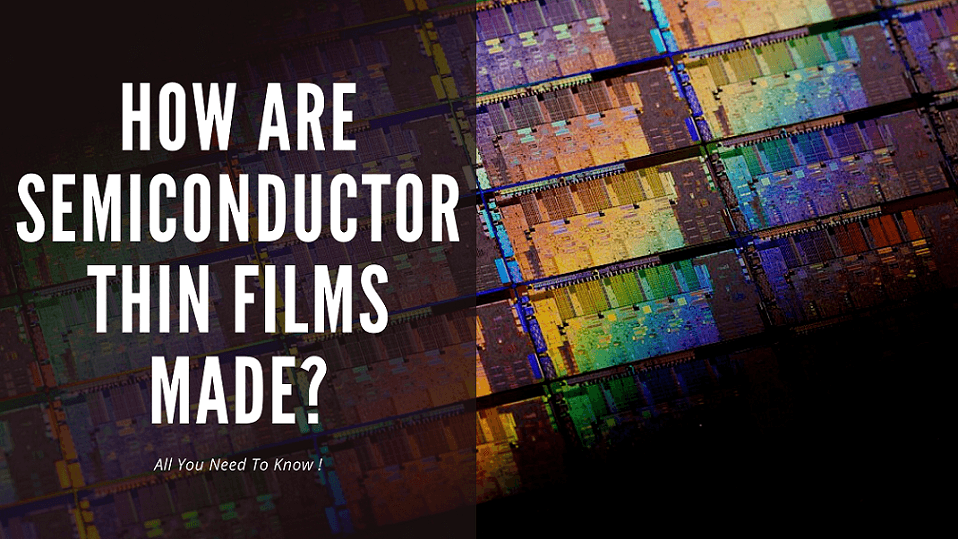 Semiconductors thin films form an essential part of many modern electronic applications, such as mobile phones, LED displays, and photovoltaic cells. In the early 2020s, semiconductors have come into the spotlight as their shortages caused major difficulties in the automotive production industry.

The modern semiconductor industry uses applied materials science to create ultra-precise, molecular-level films. But do you wonder how are semiconductor thin films made, and why do they play such a crucial role in semiconductor device fabrication? Read on to learn more.

What Are Semiconductor Thin Films, and Why Are They So Important?

Korvus Technology is a thin film deposition company that has developed the HEX series, a modular and flexible deposition system with several use cases within the material science and engineering field.

The HEX system is an example of a modular system, offering a high degree of user control and precision to create high-quality thin films using different thin film deposition methods.

In systems like this one, the target material suffers the deposition of another one in a very precise and controlled process. The new layer needs to be meticulously created, at the atomic level, so the semiconductor can function properly.

The process of semiconductor manufacturing starts with a thin pure silicon wafer. Deposition places an atomic- or molecular-scale film layer over the wafer to give it the necessary electrical properties.

The semiconductor industry most commonly uses the chemical deposition technique for its high precision. However, the PVD method can also produce high-purity coatings using sputtering, thermal evaporation or e-beam evaporation.

In CVD, gaseous precursors convert into a solid coating on the substrate through a chemical reaction. The process takes place in a high-temperature reaction chamber.

Once the substrate reaches the required temperature, reactant gases begin to flow into the reaction chamber. The target gas molecule typically consists of the desired coating metal and atoms that keep it volatile.

In CVD technology, chemical reactions occur when the gases come into contact with the substrate. As the gas molecules collide with the substrate, they adhere to its surface and stick to it through localized adsorption.

Once the gas molecules mix on the substrate’s surface, a chemical reaction occurs. Waste gas forms and evaporates, whereas the metal atom remain bonded to the substrate.

A vacuum pump works continuously to remove the waste gas from the reaction chamber. The low pressure draws a constant flow of new reactant molecules into the chamber. Eventually, the entire substrate surface acquires a film coating to the desired degree of thickness.

In this process, thin films are deposited on substrates using physical processes instead of chemical reactions. This process can vary on thermal evaporation, sputtering, e-beam evaporation, and more.

The process involves evaporating atoms or molecules from a heated crucible into a vacuum chamber. The atoms then condense on the surface of the substrate. The end result is a very thin, very pure coating.

To recap, CVD is the most common method of creating thin films on semiconductors. However, Physical Vapour Deposition is also a common technique to create semiconductor thin films, and it’s the one used at Korvus’ HEX series.

The semiconductor thin film application of today are huge, ranging from computer hardware to solar panels. Undoubtedly, this technology will allow great innovations for the field of electrical engineering in the near future.