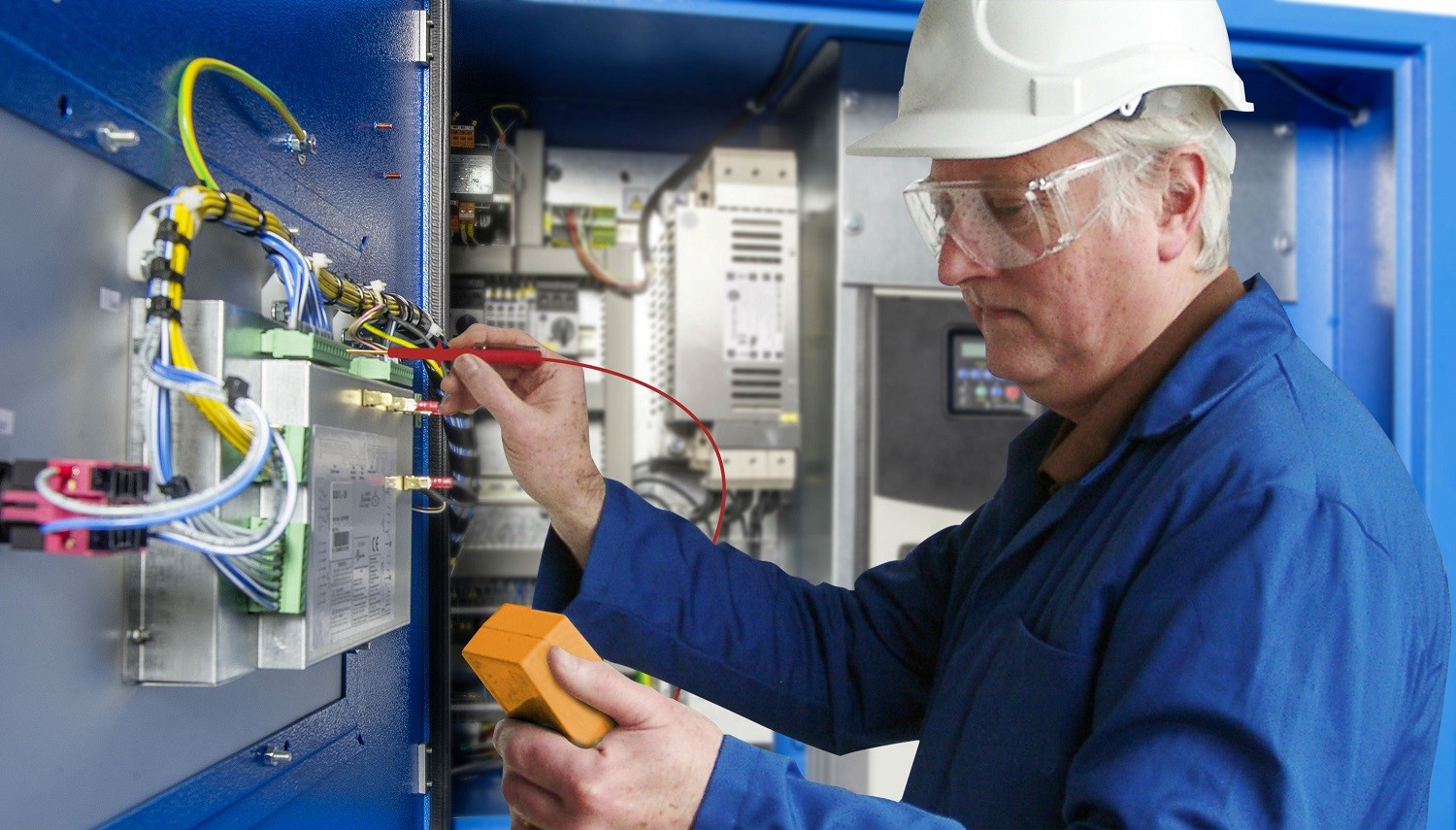 Seven commercial satellites were destroyed when the rocket failed to enter a stable orbit, and re-entered the atmosphere before burning up. According to the investigation that followed this accident, one faulty connector had higher resistance that led to overheating.

You don’t need rocket science to understand the loss of time and money for those companies who had their satellites on Rocket Lab’s vehicle. Then come the lofty insurance claims, litigations, jeopardized Federal Aviation Administration (FAA) licenses, and loss of reputation.

That’s the impact of one faulty electrical connector.

So, why do electrical failures happen?

There is no single and easy answer to this question. Electrical circuits are extremely complex, and failures may happen due to inadequate design, manufacturing, and assembly (faulty connections and contamination). Each of these stages requires electrical testing, which can lead to such failures if not done rightly.

This article will help you understand –

A lot of attention is given to safe work environment, protocols and use of Personal Protective Equipment (PPE), but not to electrical testing equipment.

Electrical testing challenges are not only limited to the instrument, but also the environment-

Hazards of working with electrical components – Electrical shock, arc flash and arc blasts are a potential nightmare for any electrical engineer working in hazardous environments. High energy arcs can damage equipment and cause violent explosions in environments with combustible gases and vapor. Electrical test equipment, if not chosen or used properly, can lead to shock, electrocution or arc flash incidents, which brings us to the next challenge of selecting the right test equipment.

For example, using the right circuit breaker test set can help you ensure that all critical circuitry is fully functional, and will serve their purpose in normal working conditions, and even during overloads caused by power, resistance and short circuits. Perhaps, it would have helped avoid the Rocket Labs Electron incident.

As a minimum requirement, all test equipment must be certified and must display the label of an independent verification lab such as Underwriters Laboratory (UL), Canadian Standards Association (CSA), Conformité Européenne (CE), ETL, and TÜV Rheinland.

You should also check the CAT safety rating of connector wires. Even though they may appear insignificant, connector wires can lead to accidents if they aren’t of adequate standard or are not used properly.

Equipment with right UL, ANSI, IEC, and CAN standardization can protect against problems with any transient overvoltage which can cause equipment failure, injury, or even death.

“Selecting the right electrical test instrument isn’t sufficient unless they are used right.”

Correct usage of electrical test instruments – Only qualified and experienced personnel are allowed to handle electrical test equipment in high-risk environments. Hazards will still exist, but they can be minimized by following some standard practices –

It is also important to note that proper training from professional institute is important, especially with the current pandemic situation one can take online test and tag training from relevant institute in order to equip with proper knowledge and know-how.

The Importance and Applications of Electrical Test equipment

The importance of electrical testing instruments in maintenance stage cannot be overruled. All appliances or machines, no matter how robust, tend to lose their peak performance with time. This could be due to various reasons –

With age, every equipment needs regular testing and calibration till they run out of the recommended life span. Using electrical testing instruments, machines need to be tested and re-tested for –

Some of the basic electrical testing equipment that are found in every lab include the voltmeter, ohmmeter, ammeter and multimeter.

Business perspective – In commercial properties for example, it is important to check electrical circuits every 5 years, or shorter depending upon the appliances and systems installed. Carelessness here can lead to fire damage, insurance claims, loss of business continuity, injury or death of personnel, loss of reputation and brand image.

Here are the examples of electrical testing equipment. Some are found in almost any lab, whereas others are used in more specialized areas.

Non-Contact voltage tester (Inductance tester) – It allows engineers to check for voltage without touching the wires or parts. It is a battery-powered device that can read voltage simply by touching it to electrical wiring, outlets, circuit breakers, lamp cords, light sockets, and switches.

Neon voltage tester – This simple tester has two wires with metal ends and small body with neon light inside. It tells you whether a voltage is present in the circuit or not without actually measuring it. An engineer just needs to touch the circuit wires, screw terminals              , or outlet slots with wire probes to check if there is voltage. This tool does not use any batteries or external power source.

Plug-in circuit analyzer – This tester is used to test grounded electrical outlets that have three slots. Plug-in circuit testers have three neon lights that glow in different patterns to indicate specific test results. A chart sticker on the tester helps the engineer interprets the patterns. The combinations depict a correctly wired outlet, a reverse-wired outlet, an open circuit and a missing ground connection.

Continuity tester – This battery-powered tester has a probe at one end and cord with an alligator clip or another probe at the other end. When you touch two points of a circuit with two ends of the continuity tester, a light glow indicating that the circuit is complete. This can also be a very handy tool to test short-circuits in the wiring.

Multimeter – It is the most versatile electrical tester which can measure resistance, AC and DC voltage, continuity, capacitance, and frequency. It has two long leads with metal probes at their ends that can help the engineer read all these parameters via an analog or digital display. 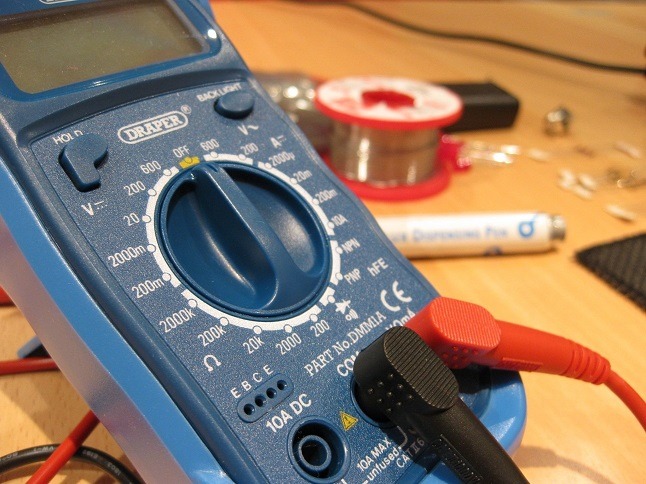 Solenoid voltage tester – Popularly called ‘wiggies’. Electricians use them to test both AC and DC voltage between 100 and 600 volts, and prefer them over ordinary multimeters because they are rugged with no batteries to take care of. It is a fairly inexpensive tool with low impedance, and often will trip ground-fault-circuit-interruptor (GFCI) devices or circuit breakers during testing.

Digital clamp meter – This specialist instrument combines the function of a multimeter and a current sensor. It has clamping jaws that can grip wire conductors making it safer than an ordinary multimeter in certain applications such as testing individual circuits in an open circuit breaker panel.

Wand voltage meter – The numeric voltage tester has leads similar to those in a multimeter, with electrostatic wands that can detect and measure voltage simply by holding them in proximity to wires or metal contacts. For example, placing the wand ears around a NM cable will show the voltage being carried.

Battery tester – It tests the overall health of the battery cells by assessing the charge, impedance, ripple current, and other parameters. It can be used to test batteries in active service, and help with real-time monitoring of the results with quick reports. 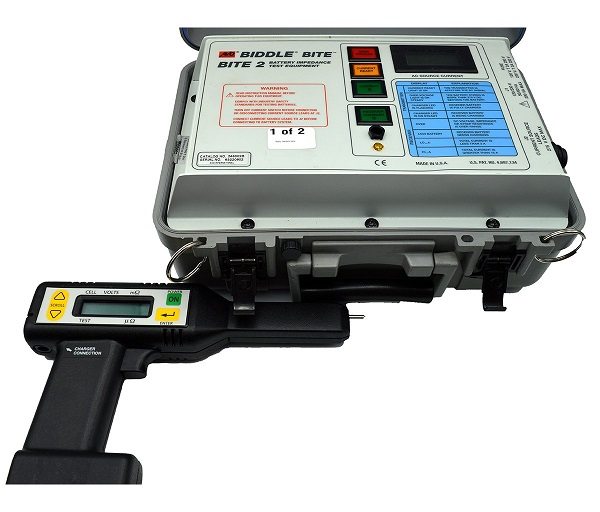 Megohmmeter – It measures high electrical resistance, and is used to test motor windings, cables assemblies, and insulation, wiring installations, motors, transformers, and generators. Different models come in a range of ohms and voltage.

Cable locator – This pipe and cable locating device is used to detect underground and invisible cables. It comes with antennas and integrated GPS. It can be used in electrically noisy environments such as substations and overhead power lines to accurately measure the depth and current readings of wires. It is often used before fresh digging at any site to avoid hitting existing underground wiring.

Circuit breaker test set – It is designed to test low-voltage power and molded-case circuit breakers equipped with thermal, magnetic and solid-state trip devices. It can also be used for other high current applications such as verifying the ratio of current transformers, performing heat runs, and primary injection testing of high-voltage breakers and their associated protective relays.

Environmental test chamber – It is a chamber that helps test equipment in various environmental conditions such as heat, cold, humidity, solar radiation, and vibrations. If often comes with vapor tight, continuously welded, stainless-steel interiors, and a combination of fiberglass and polyurethane insulation for minimal thermal transfer.

Infrared imager – It uses thermal imaging to easily identify issues in electronic equipment. Imagers with digital display can use auto-focus and wireless connectivity to accurately show the distance of the target object to ensure complete accuracy.

Insulation resistance tester – It is used to detect insulation leakage between two live conductors, and between live conductors and earth. The tester should be capable of producing test voltage of 250, 500, or 1,000 V and deliver an output current of not less than 1mA at its normal voltage.

Complex electrical circuits are found in every industry, be it manufacturing, space technology, power generation, or construction.

While Rocket Labs was able to retain its FAA licenses for its next flight in the end of August, other businesses facing such situations may not be so fortunate. Thankfully there were no lives lost in the unmanned vehicle of Rocket Labs. But the loss of lives can certainly happen in many other situations.

Using industry-standard electrical testing instruments with established processes can help safeguard your project and teams from possible electrical failures and hazards, and enable longer operating life. Safe is better than sorry; safe is better for business too.