Home » Electrical World » What is Short Circuiting? [Does it leads to Electrical Fires?]

What is Short Circuiting? [All you need to know]

In simple terms a short circuit is a low resistance path for an electric current to flow between two conductors supplying electrical power. Since the volume of current flow is huge this may cause the electrical power source to get damaged, sometimes permanently. If ever we have a fuse in the circuit it will act as a protection device and blow out thus opening the circuit and preventing any further damage.

Table of Contents
Why is Short Circuiting Dangerous?
How to Prevent a Short Circuit?
Video
Read our Other Interesting Electrical Engineering articles here

Why is Short Circuiting Dangerous?

Short circuiting can occur either in a DC or AC circuit and is equally dangerous in both the cases. So the question is why are they dangerous? Well short circuit can produce very high temperatures that’s mainly due to the fact that that a large amount of current flows through the circuit generating the heat. Let’s take a small example, if a 9v battery is shorted then the battery will be discharged very quickly and will heat up due to the large current flow. Similarly, if a charged capacitor is short circuited the resulting high current flow and the huge power dissipation will cause the wire to explode. 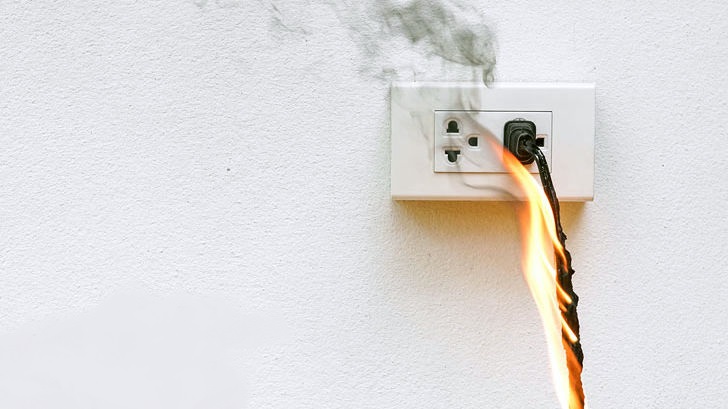 In power distribution network a short circuit also called as a fault can cause a heavy current to flow through the system which could be very dangerous. As soon as a fault occur the magnitude of the current reaches its maximum then it gradually decreases it to its steady value till the time the fault gets isolated or cleared.

How to Prevent a Short Circuit?

A short circuit is usually caused by broken insulation in wire which gets in contact with other wire where it shouldn’t happen or sometime it can also occur due to improper wiring or overloading.

So how can we avoid short circuit all together. Let’s look at some simple yet practical ways to do so at home…