Home » Aviation World » Planes on Sea : All about Seaplanes and Amphibious Planes

Planes on Sea : All about SeaPlanes and Amphibious Planes

A seaplane is an aircraft equipped with floats so that it can take off from, and land on, water. On many seaplanes , the floats hold the aircraft's fuselage clear of the water. On others, called "flying boats", the fuselage is shaped like the hull of a boat and rests on the water's surface/ Seaplanes are most useful in places where there are small islands, with little space to build proper runways. They can also take part in rescue missions, because they can carry more people than a helicopter and fly longer distances. However, they cannot fly in rough weather, because big waves make take-off and landing too dangerous for the aircraft. Their use gradually tailed off after World War II, partially because of the investments in airports during the war. In the 21st century, seaplanes maintain a few niche uses, such as for dropping water on forest fires, air transport around archipelagos etc. 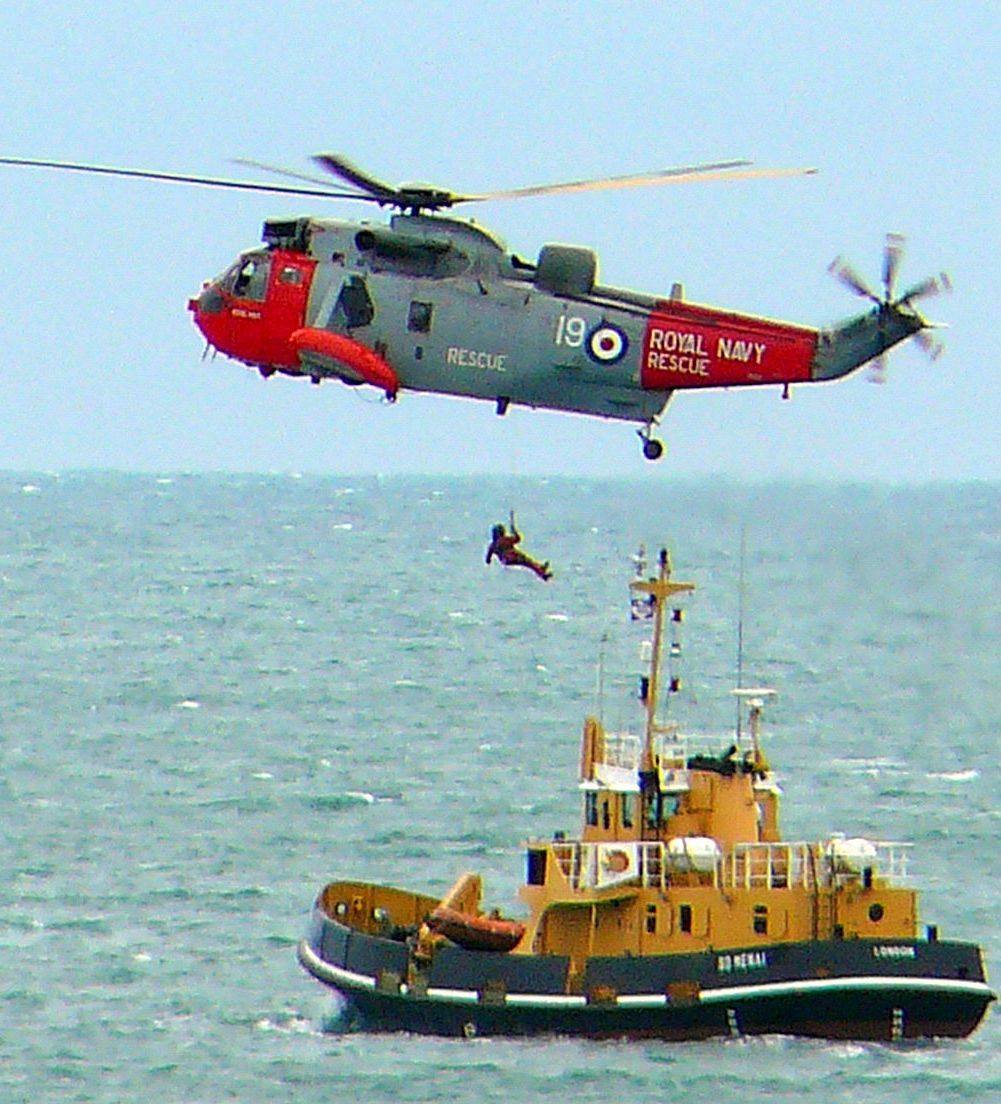 Let's look in to the top 7 seaplanes of the world :

The Beriev Be-200 Altair (Russian: Бериев Бе-200) is a multipurpose amphibious aircraft designed by the Beriev Aircraft Company and manufactured by Irkut. Marketed as being designed for fire fighting, search and rescue, maritime patrol, cargo, and passenger transportation, it has a capacity of 12 tonnes (12,000 litres, 3,170 US gallons) of water, or up to 72 passengers.

The name Altair was chosen after a competition amongst Beriev and Irkut staff in 2002/2003. The name Altair was chosen as it is not only the name of the alpha star in the Eagle constellation, but also because "Al" is the first part of the name of the Beriev A-40 Albatross amphibious aircraft, whose layout was the development basis for the creation of the Be-200, "ta" stands for Taganrog, and "ir" stands for Irkutsk.

The ShinMaywa US-2 (formerly Shin Meiwa) is a Japanese large STOL amphibious aircraft designed for air-sea rescue (SAR) work. Operated by the Japan Maritime Self-Defense Force. This aircraft features numerous aerodynamic refinements, a pressurised hull, and more powerful Rolls-Royce AE 2100 engines. The Japan Maritime Self-Defense Force purchased up to 14 of these aircraft, which entered service as the ShinMaywa US-2.

In recent news, India's Defence Ministry agreed to purchase 12 amphibious rescue aircraft from Japanese manufacturer ShinMaywa Industries worth $1.5 billion-$1.6 billion. This will be Japan's first military export after a ban of 50 years.

The Martin JRM Mars is a large, four-engined cargo transport seaplane originally designed and built in limited numbers for the U.S. Navy during the World War II era. It was the largest Allied flying boat to enter production, although only seven were built. The United States Navy contracted the development of the XPB2M-1 Mars in 1938 as a long range ocean patrol flying boat, which later entered production as the JRM Mars long range transport.

Four of the surviving aircraft were later converted for civilian use to firefighting water bombers. One example of the aircraft still remains in limited service based out of Sproat Lake just outside of Port Alberni, British Columbia.

The Canadair CL-415, later known as the Bombardier 415, is an amphibious aircraft from Canada purpose-built as a water bomber. It is an aircraft designed and built specifically for aerial firefighting and is based on the company's CL-215. It is marketed in the United States as the "Superscooper".

The 415 can scoop up to 6,140 litres (1350 Imperial gal or 1,620 US gal) of water from a nearby water source, mix it with a chemical foam if desired, and drop it on a fire without having to return to base to refill its tanks. The CL-415 was specifically developed to provide the capability to deliver massive quantities of suppressant in quick response to fires. The aircraft is built for reliability and longevity, with use of corrosion-resistant materials.

The Grumman HU-16 Albatross is a large twin–radial engine amphibious flying boat that was used by the United States Air Force (USAF), the U.S. Navy (USN) and the U.S. Coast Guard (USCG), primarily as a search and rescue aircraft. Originally designated as the SA-16 for the USAF and the JR2F-1 and UF-1 for the USN and USCG, it was redesignated as the HU-16 in 1962.

The Canadair CL-215 (Scooper) was the first model in a series of firefighting flying boat amphibious aircraft built by Canadair and later Bombardier. The CL-215 is a twin-engine, high-wing aircraft designed to operate well at low speeds and in high gust-loading environments, as are found over forest fires. 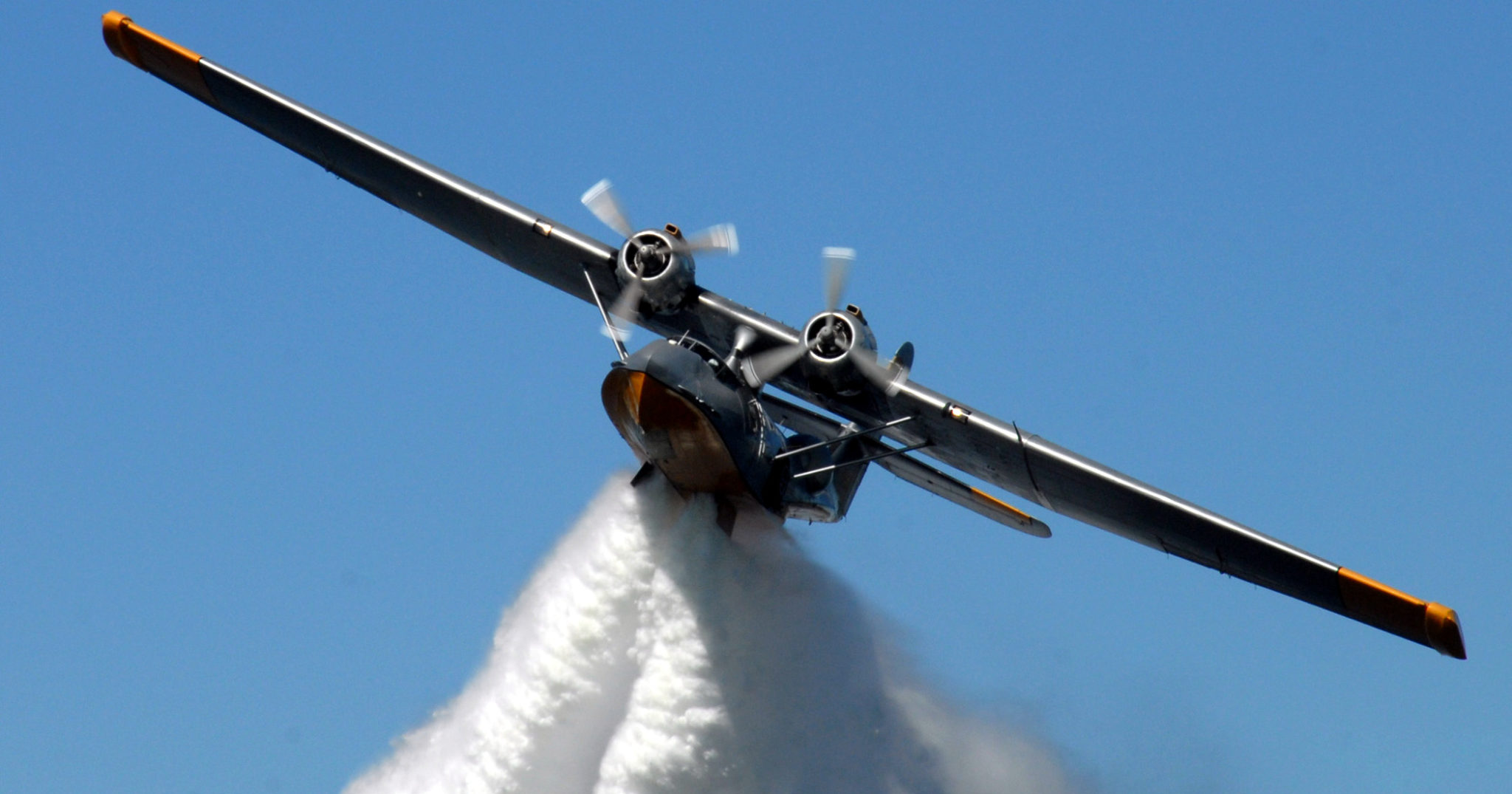 The Consolidated PBY Catalina, also known as the Canso in Canadian service, was an American flying boat, and later an amphibious aircraft of the 1930s and 1940s produced by Consolidated Aircraft. It was one of the most widely used seaplanes of World War II. Catalinas served with every branch of the United States Armed Forces and in the air forces and navies of many other nations.

During World War II, PBYs were used in anti-submarine warfare, patrol bombing, convoy escorts, search and rescue missions (especially air-sea rescue), and cargo transport. The PBY was the most numerous aircraft of its kind and the last active military PBYs were not retired from service until the 1980s. In 2014, nearly 80 years after its first flight, the aircraft continues to fly as a waterbomber (or airtanker) in aerial firefighting operations all over the world.