Types of Renewable Energy | With Advantages and Disadvantages

There are so many different types of renewable energy in the 21st century and so many ways that we can tap the opportunity and become less dependent on the non-renewable energy. Most of the renewable source of energy are dependent on sunlight in some way. For example, wind and hydroelectric power are the result of differential heating of the earth surface which results in the air moving what we basically called as wind. Solar energy again a direct conversion of the sunlight into electrical power wither through using solar panels or collectors. Biomass energy on the other hand is like stored sunlight which are contained in the plants. But then they are some renewable sources which are not dependent on sunlight for example geothermal and tidal energy.

We shall learn about each renewable energy in details along with their pros and cons.

So before we get into technical definition here are some interesting facts that you will love to know about solar energy: 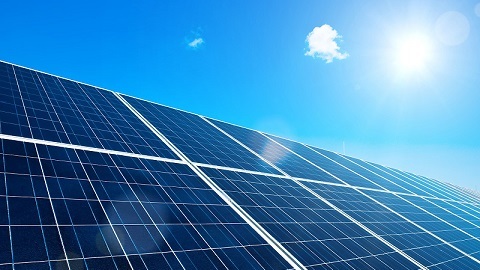 Definition of solar energy: It is one of the types of renewable energy which is free and every green resource of energy. The source of the energy as the name suggests come from the fusion power from the core of the sun. The energy radiated by the sun can be collected and used in different ways depending on its application. It could be from solar water heating to solar attic for domestic use or to maybe more complex application like conversion of sunlight directly into electrical power either through using mirrors, photo voltaic cells or boilers.

First let’s understand how wind is generated, a wind on the surface of the earth is generated due to the difference of temperature on the earth’s surface when it is lit by sunlight. This wind can then be utilized for either pumping water or generating electricity but requires huge area to produce significant amount of power but at the same time more wind power means less smog, greenhouse gas emissions and acid rains. 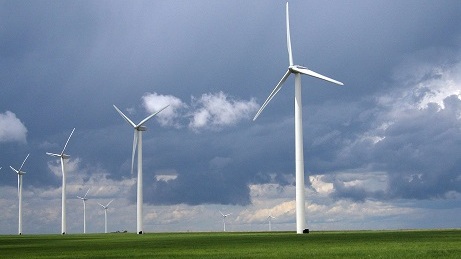 Hydroelectric energy is one of the types of renewable energy which can be defined as a form of hydropower which utilizes the kinetic energy of the running water to produce electricity. Moreover, the hydroelectric energy is potential energy that is converted into kinetic energy of water with the help of gravity, this running water is then used to turn the blades of turbines which in turns rotates the generator producing electricity and then distributed to the end users with the help of the electrical grid. 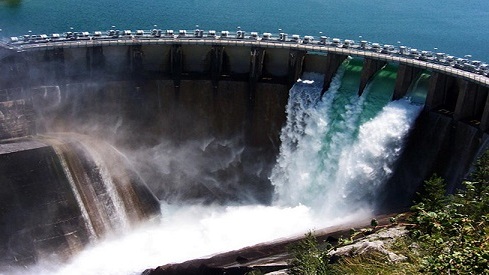 Biomass is one of the types of renewable energy which can be defined as the energy stored in the plants or organic matter through the process of photosynthesis which can then be converted for everyday use by either combustion which releases carbon dioxide or for the production of methane gas or for the production of alcohol which is widely used in automobile fuel. The heat released from combustion can also be used to produce steam which is then used to rotate the generators through produce electricity. This electricity is then transported through a distribution network with the help of transformers. 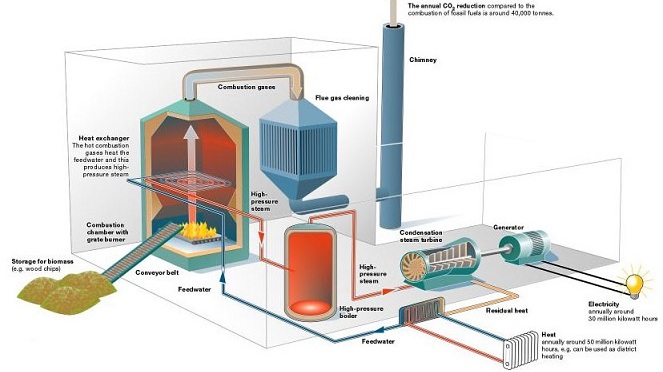 Due to easy accessibility to biomass fuel like wood products, crop residues, unwanted vegetation and plant, biomass has become one of the most commonly used renewable source of energy throughout the world. According to few estimates that biomass accounts for about 15% of the world's total energy supply and as much as 35% in developing countries.

In short Geothermal energy is one of the types of renewable energy which is the energy of the earth or in other words the source of geothermal energy is the heat contained inside the earth. The heat energy which is augmented from radioactive decay seeps out somewhere and every day on the surface of the earth. In some location the geothermal gradient is quite high which means the increase in temperature with increase in depth is quite high and therefore feasible for the generation of electricity. Such locations are very rare on earth and also comes along with lot of technical difficulties which is required to overcome in order to make it a feasible project. 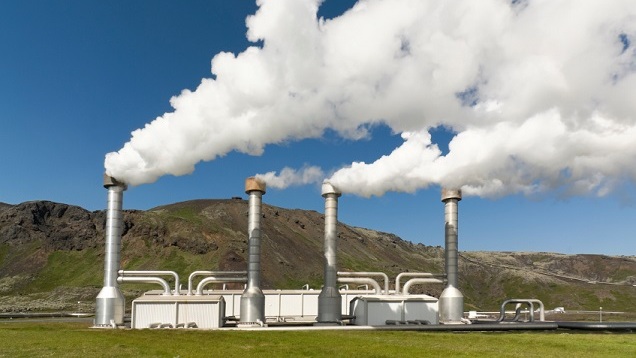 Tidal energy or in other words tidal power is another types of renewable energy which are caused because of sun and moon’s gravitational influence on the oceans of the earth along with earth’s own rotation around its own axis. The height difference between the low and high tides creates tidal waves or currents in the coastal areas. Theses tidal currents in some places are strong enough to drive turbines.  The opportunity to generate power from tidal energy is immense, according to one estimate about 450 TWh of electricity can be produced in a year. 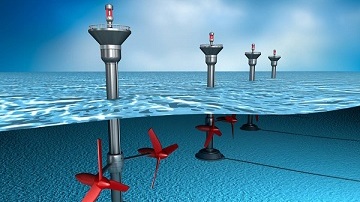