About this Quiz : The Suez Canal is an artificial sea-level waterway in Egypt, connecting the Mediterranean Sea to the Red Sea through the Isthmus of Suez and dividing Africa and Asia. Constructed between 1859 and 1869 under the rule of Ottoman Empire by the Suez Canal Company formed by Ferdinand de Lesseps in 1858, it officially opened on 17 November 1869. The canal offers watercraft a more direct route between the North Atlantic and northern Indian oceans via the Mediterranean Sea and the Red Sea, thus avoiding the South Atlantic and southern Indian oceans and reducing the journey distance from the Arabian Sea to London by approximately 8,900 kilometres (5,500 mi), or 8 to 10 days. It extends from the northern terminus of Port Said to the southern terminus of Port Tewfik at the city of Suez. Its length is 193.30 km (120.11 mi) including its northern and southern access-channels. In 2020, over 18,500 vessels traversed the canal (an average of 51.5 per day)

This is a part of our 'Engineering Quiz' series. 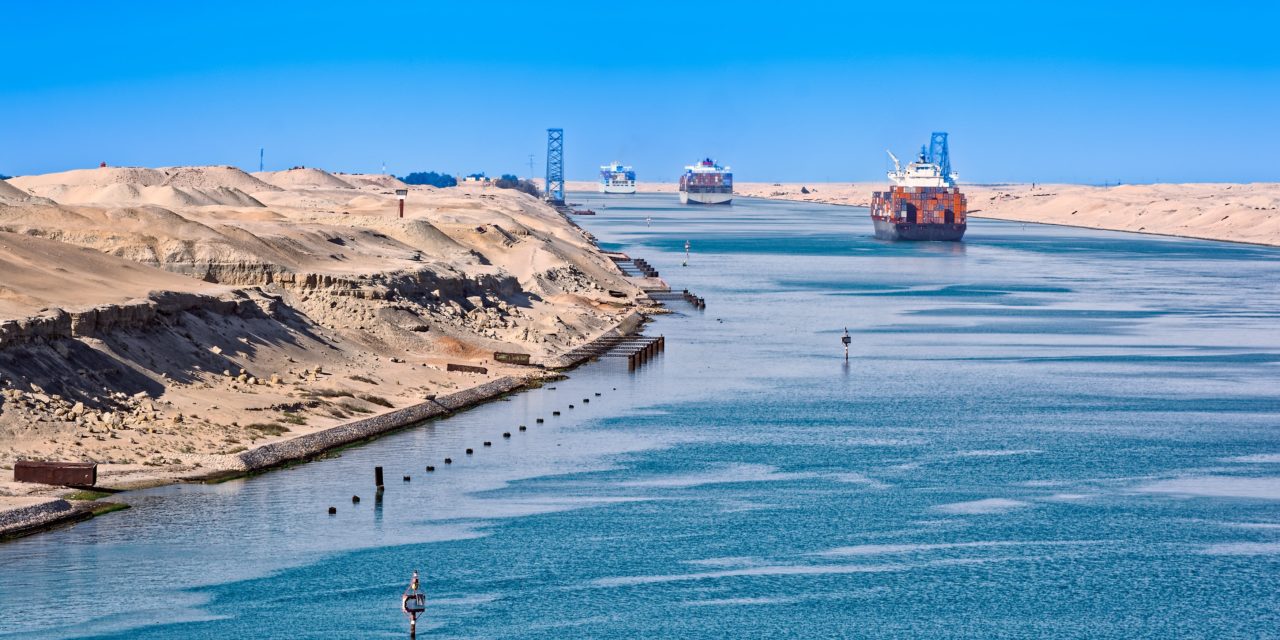