Home » Mechanical World » Pliers: A Brief History of an Important tool Over Time

A Short Industrial History of Pliers 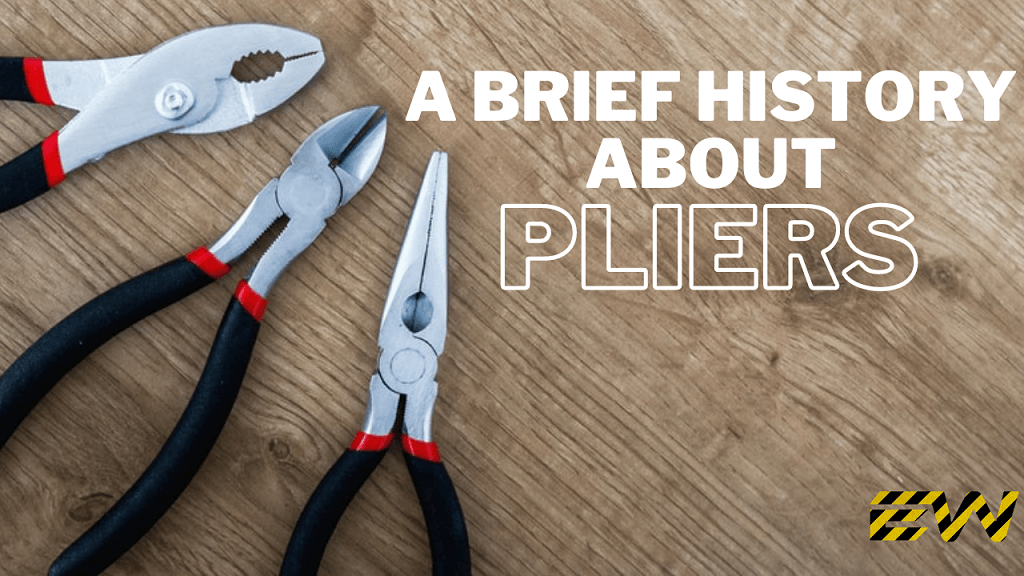 When the Industrial Revolution rolled around, the demand for functional, durable, and versatile tools skyrocketed. Workers needed a sophisticated and specialized device to keep up with rampant industrialization. And so the modern pliers were born.

Around 1857, the first modern style of pliers came on the market—Lineman’s Pliers. Developed by Klein Tools, and also known as Kleins, linesman, or combination pliers, Lineman’s Pliers are still commonly used today by electricians, linemen, and other tradespeople.

The tool’s inventor, Mathias Klein, identified a gap in the market for an all-encompassing tool to help electricians in their trade. Although the lightbulb hadn’t yet been invented, the communications industry of the time relied upon cutting, twisting, and bending of wires. The concept for Lineman’s pliers arose when Klein riveted a broken half of side-cutting pliers to a new half.

The oldest known set of Lineman’s Pliers date from 1904 and are still functional today! Since the inception of these innovative tools, Klein Tools has gone on to develop more than 100 types and sizes of pliers.

The next jump in the world of pliers came in the 1920s when Danish blacksmith William Petersen developed the first locking pliers. His earliest handmade prototypes were conceived around 1920, when Petersen realized he needed another pair of hands around the shop. By 1924, Petersen had fully developed his design and branded them VISE-GRIPs. The term is still used to refer to locking pliers to this day.

In 1955, Scottish-born Thomas Coughtrie of M. K. Mole & Son made further developments in locking pliers, developing the “Mole” self-grip wrench, which was available in 10 and 7-inch curved or straight jaw varieties. Coughtrie marketed the Mole Wrench as an all-in-one clamp, vice, wrench, and plier combination.

In 1933, the first “tongue and groove” pliers were invented by Channellock, then known as the Champion-DeArment Tool Company. Also called adjustable pliers, Channellocks and Multi-Grips (among other names), these specialised slip joint pliers feature serrated jaws set at 45 to 60-degree angles from the tool’s handles.

The popularity of the trademarked Channellock pliers grew so rampant that, in 1963, the company changed its name to Channellock, Inc.

These early developments in pliers paved the way for more refined styles such as needle-nose and circlip pliers. What began as a simple, hand-forged pair of tongs has developed into a range of specialized, sophisticated tools used by tradespeople and DIY-lovers around the world.

If you’re looking for the best type of pliers for your specific need or industry, check out the huge range of brands and styles at RS Components.