All you need to know about Offshore Wind Energy Farms

Offshore wind energy is simply a green and renewable energy which is obtained using wind energy farms deep in the oceans. This wind energy farms take advantage of the winds which is produced in high seas where the speed of the winds is quite high and relatively constant as compared to the winds on shore since there are no barriers to obstruct their path. In order to capture and make the most of the wind energy, huge wind turbines are installed in the sea equipped with the latest technical innovations. They are sometime preferred over solar energy because it proves to be more reliable source of power.

They need to be located in shallow waters with depths reaching up to 60 meters which is away from the coast, doesn’t obstruct maritime traffic or spaces of ecological interest. According to Engine which is one of the leading company in offshore power production, the potential to generate power from offshore is twice as compared to onshore wind energy farms.

How does offshore wind energy work?

Offshore wind farms take advantage of the sea winds to generate carbon free renewable energy. They work more or less in the same way as the onshore generators, the only major difference is that they are installed deep in the seas which is either anchored to the seabed or they are mounted on a floating structure.

The basic principle lies the same for both anchored and floating type wind turbines but the floating structure enables the wind turbines to be commissioned way deep in the seas where the winds are much stronger and consistent. Another benefit which it offers is the ease of installation, since there is no need to have any solid foundations made for this. Moreover, being far from the shore also means it has less impact on the visual and maritime life.

The mast of these turbines are much higher as compared to the mast of the onshore wind turbines because of which they can generate twice as much energy as their onshore counterparts since they get higher and more consistent wind speeds in the seas. 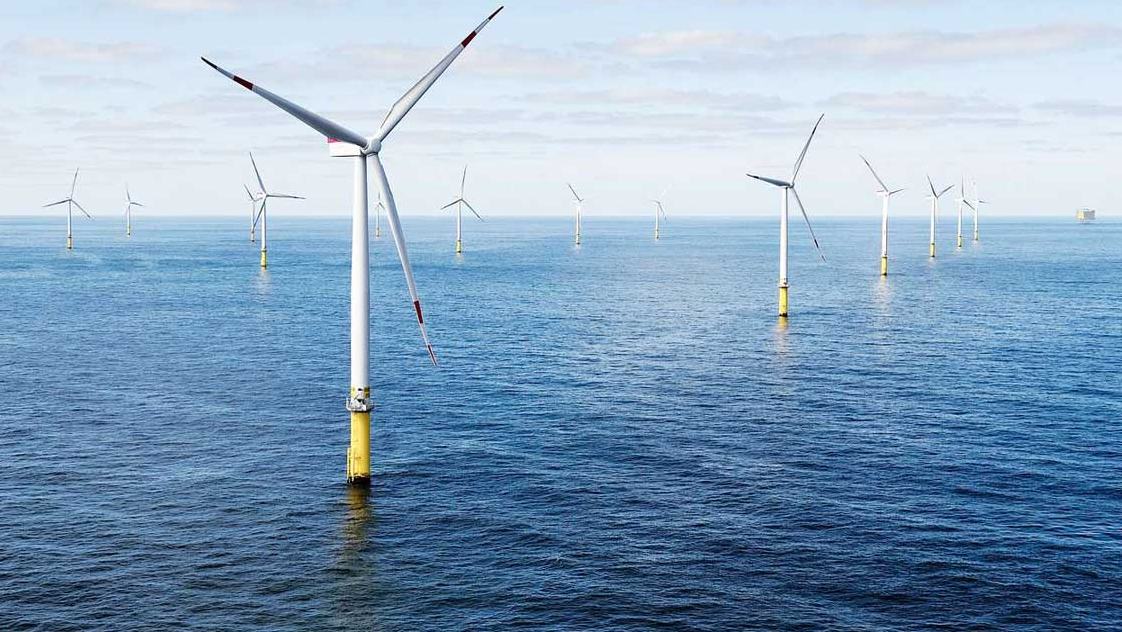