Top 5 Mining Trucks In The World 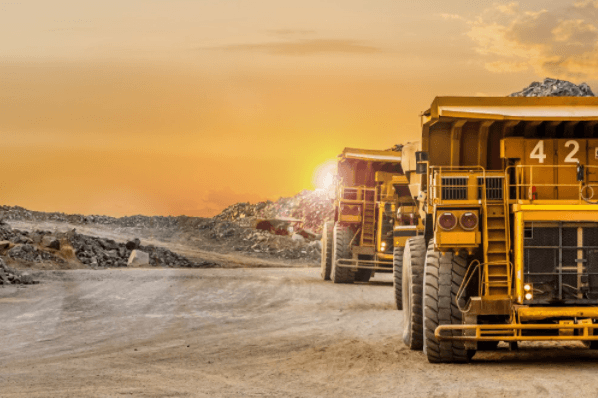 If you are in the market for a new mining truck, we have identified 5 of the most popular models which are used by many companies like FuchengLHD to help guide your decision. Mining trucks come with all different features, and it’s important that you know what is available before making any purchase decisions.

The BelAZ 75710 is considered to be the biggest mining dump truck in terms of its carrying capacity. With a whopping 450t, this vehicle was manufactured for transporting bulky materials like rocks and refused from one place to another to different locations within Russia or elsewhere throughout Eastern Europe.

Though it has two engines designed specifically for relieving stress when hauling heavy loads at maximum weight while still providing the power needed by drivers other than just moving themselves back-and-forth between obstacles/rock walls etc., this costliest model averages anywhere between $6-7 USD million, making them very expensive. Who would have thought that the world's biggest dump truck is also a two-axle setup and four-wheel drive? This monster vehicle can haul more materials than any other. At  20.6 meters long it’s not only big but strong too! The fuel consumption per 100 kilometers (1 300L) may leave you drooling.

The Caterpillar 797F dump truck is the second-largest mining vehicle, with a payload capacity of 360t. This means you are much more likely to run into one than a BelAZ 75710 at any mine in Australia! The 20-cylinder diesel engine and rear axles make this beast capable of speeds up to 68km/h - which makes it perfect as your next workhorse across town or around country borders alike.

The Caterpillar 797F, like its predecessors from 1998 to the present day, is a family best-seller in the industry. With an all mechanical drivetrain powered by engines and transmissions instead of diesel-electric technology popular on haul trucks for ultra-class dump truck drivers - this model has ensured that they will be ready at any time or place you need one!

Liebherr's T 284 dump truck was designed for the demands of mining. Mine sites around the world have valued it. The Liebherr T 284 is a revolutionary dump truck that has revolutionized the industry. With its innovative design and reliable performance, this machinery will haul up to 360 tons without fail while also being almost 30 tons lighter than other models on mine sites all over the globe!

The Terex MT6300AC dump truck is the second largest in its class, next only to Caterpillar 797F. It was manufactured and designed by Terex, but after Bucyrus International Inc. acquired its mining equipment division, they rebranded their product as "Bucyrus."

The Bucyrus MT6300AC is a beast of an earth-moving machine with its 3,750 horsepower 20V4000 four-stroke diesel engine and dual reduction geared electric motors located at each side that not only provide power but also heat up your load in cold climates.

The Komatsu 960E-1, announced in 2008 and capable of hauling up to 325t, has the advantage over larger 360-ton dump trucks because they are easier for operators. The Komatsu 960E-1 is a 325t haul truck that can be driven in hazardous conditions without worrying about its safety, as it was designed with comfort for long shifts. On average 160L an hour when running this monster truck will consume less than its heavier dump counterparts!

We have discussed 5 large mining trucks that are available for purchase. Whether you're looking to invest in a small or medium-sized truck, we've got your back. These five options represent the best of what's currently on the market and will serve any customer well. You can read more our other blog for more clarification.