Home » Mechanical World » What is Rockwell Hardness Testing? | All You Need To Know

What is Rockwell Hardness Testing? 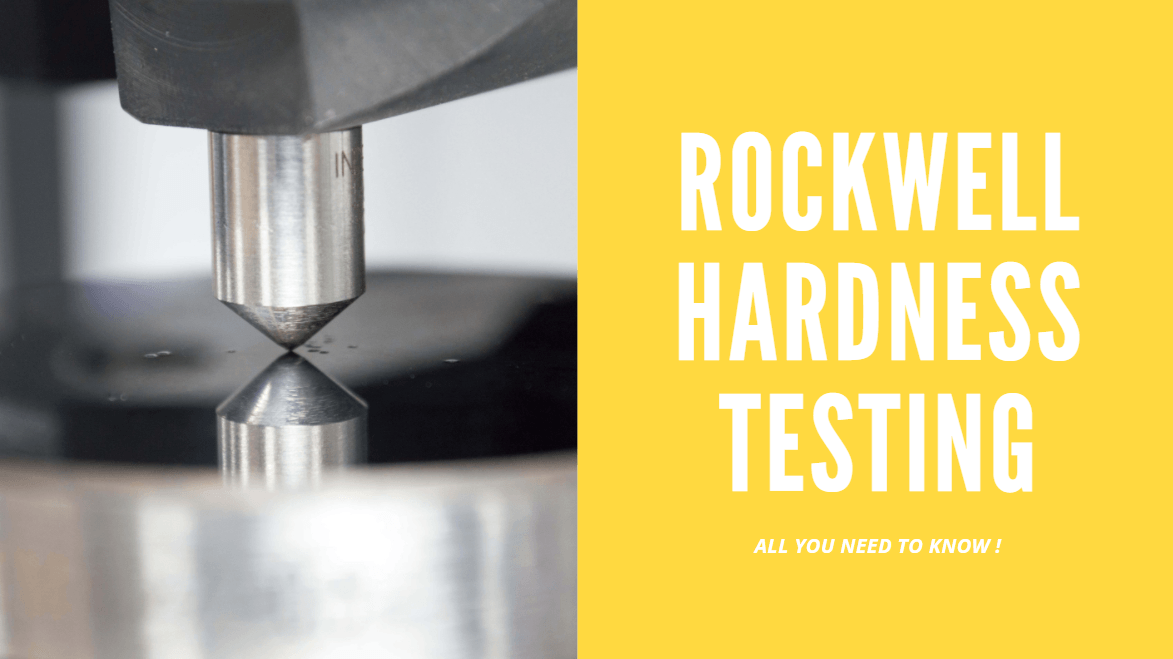 How do metallurgists know whether to use aluminum, steel, iron, or any other metal when constructing something? They do so by testing the hardness of such metals. Hardness is a characteristic of a material and not a physical property.

It is defined as the ability to resist indentation, scratching, abrasion, and temperature. Rockwell Indentation hardness testing is hands down the most popular way to measure the hardness of metal and other materials because it’s simple and easy to interpret.

Metallurgist Stanley P. Rockwell invented the method to find a non-destructive and fast way of evaluating how heat treatment was affecting bearing races. Other methods available like Vickers, Brinell, and Sceleroscope were either too complicated or too time-consuming.

Apart from being easy and fast, Rockwell hardness testing is more accurate than other testing methods. It is used on all types of metals and other materials, except where the test subject structure or surface has too many variations or where the indentations would be too large for the test subject because it’s too small or oddly shaped.

The Rockwell hardness test method is a simple process that uses a diamond cone with a round tip for harder materials and a hardened steel ball indenter for softer ones. With every test, two loads are applied to the test subject. First, an indenter is forced into the test subject under an initial load of 10kg-f, and the depth is recorded. This small preload is used to break through the surface and reduce the effects of surface finish.

With the minor load still intact, an additional load of 60, 100, or 150kg-f is introduced, and this increases the depth of the indentation. The major load is then removed, leaving the initial load alone.

The increase in depth of the indentation that occurred due to adding a second load is used to calculate the Rockwell hardness value. In other words, it’s the difference between the minor and the major load.

A widely used variation of the Rockwell method known as superficial Rockwell testing was invented years later to test materials that are too thin or have a smaller surface area. While the testing process is the same, superficial testing uses lighter loads of 3kg-f as the initial load and 15, 30, and 45 kg-f as the additional force. The method is mostly used in Europe and is perfect for testing thin strips, coatings, and carburized surfaces.

The Rockwell hardness test's primary advantage is that you get the hardness values directly without doing the tedious calculations common in other testing methods. However, to get an accurate reading, the thickness of the test subject must be at least 10 times the depth of the indentation. It’s also crucial to take the reading on a flat perpendicular surface and not convex.

The Rockwell hardness test has been compared to the Brinell test that was discovered by a Swedish engineer in 1910. In a Brinell test, a hardened steel ball under a set force is applied on a flat surface of the test subject. Once the indenter is removed, the diameter of the dent is measured.

Unlike the Brinell test, the Rockwell hardness tester uses a smaller indenter and starts by applying a minor load to cut through the surface. This process makes it less destructive and more accurate.

Using a larger indenter in the Brinell test makes the process slower and leaves irreparable imprints on the test object.

Additionally, the Brinell test favors materials that are rough, irregular, or unsuitable to go through any of the other tests, including the Rockwell method. Cast iron is one of the materials perfectly suited for the Brinell test as it requires a larger indenter.