Home » Computer World » What Is An Encoder? (All You Need To Know)

What Is An Encoder? 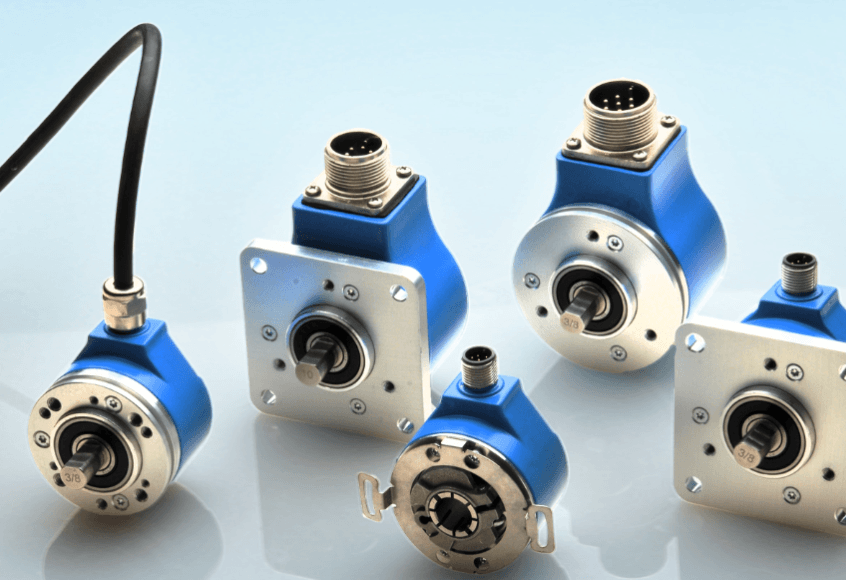 In simple words an encoder is a combinational device that converts data from one format to another, converting motion to an electrical signal that read by some type of control device in a motion control system. Used in devices that needs to operate quickly with high accuracy. It sends a feedback signal that can be used to govern the count, speed, position or direction. A control device uses this information to send command for a specific function.

Encoders are largely used in industrial robots in factories for better and quick performance with high accuracy like welding robots, assembly robots, machine centers and automated control machines. Therefore, it is of utmost importance that the encoders are sourced from authentic Encoders Manufacturers to ensure reliability and accuracy.

How Does An Encoder Work?

Encoder uses numerous technologies to create a signal, including: mechanical, magnetic, resistive and optical – optical is the most common. For example, In optical sensing, the encoder gives feedback based on the interference of light. A beam of light emits from an LED and passes through the Code Disk, as the shaft rotates, the light beam is interrupted by the opaque lines on the disc. Hence, this creates a pulse signal: light = on; no light = off. Thus, the signal is sent to the controller which will send the signal to produce the desired function.

According to the detection method the encoders are classified into following four types:

Mechanical type: This method detects the rotational position with a variable resistor whose electrical resistance alters in proportion to the rotation angle. This type of mechanical encoder is called a potentiometer.

Optical type: This method uses a light detector in order to detect whether light passes through a slit in the radial direction of a rotating disk called a code wheel attached to the motor shaft. The light pulse signal changes the moment it passes through the slit and the total of rotation is calculated by counting the number of pulses.

Where Are Encoders Used?

As mentioned above, encoders are widely used with industrial robots in factories for better and quick performance with high accuracy.

Let’s talk about some examples, where the encoder is actually used:

Factory Automation: Factories today are fully automated using computers and networks for all manufacturing processes of management, storage, designing, transport and assembly. These automated machines can do various things like cutting, drilling, welding, and much more. The produced parts are sent further for packaging and assembly.

Actuator: People use actuators with increased torque by combining a reduction gear that functions same as a bicycle. They make it easier to miniaturize and have high accuracy. AN electric slider in actuator creates a large force in direction of the motion by changing the movement from rotational to linear with a screw.

Servomotor: Used in the servomechanism, the servomechanism is the mechanism that keeps the speed of constant rotational motion or linear motion continuous and controls the rotation angle and travel distance of individual movement. It consists of brushless AC or DC, an encoder and a servo amplifier.

Stepper Motor: A motor that rotates by a certain angle, it can be used without an open loop. This method simplifies the system because it does not use an encoder. Also it has one disadvantage of low efficiency as it always runs the highest or maximum current to prevent from step-out.

Hence, an encoder makes the lives of productionist easier by increasing the work efficiency and giving better results that may have not been achieved manually.