Why Do Cars Generate Lift ?

So you here most probably after watching the video on  YouTube (if not, you can watch h﻿﻿﻿ere) and are wondering what made the car lift off the road while moving at high speed and the devastating effect it has on the car. We are going to cover alot about different types of car spoilers and how they help in stabilization of the car.

So what went wrong after all?

Vehicles that run at high speeds often encounter control problems because, at high speeds, the increased airflow creates too car lift, which can be especially dangerous when the vehicle makes a turn or when it goes for a steep section of the road, as this can make it fly off the road and lose control.

A car is shaped like an airfoil (like a wing of a bird or plane). As the car accelerates the air moves faster around it and you get a vertical force that lifts it from the ground. As the uplifting force increases, it reaches a point where the force of gravitation gets negated and the tip of the car gets lifted up. Now the moving air gets blocked in front of it and instead of moving around it and air pressure increases. It pushes against the (rising) bottom of the car, the results is shown in the screenshot below.

A car is shaped like a airfoil (like a plane) if proper aerodynamics is not considered, it can lift from the ground ! 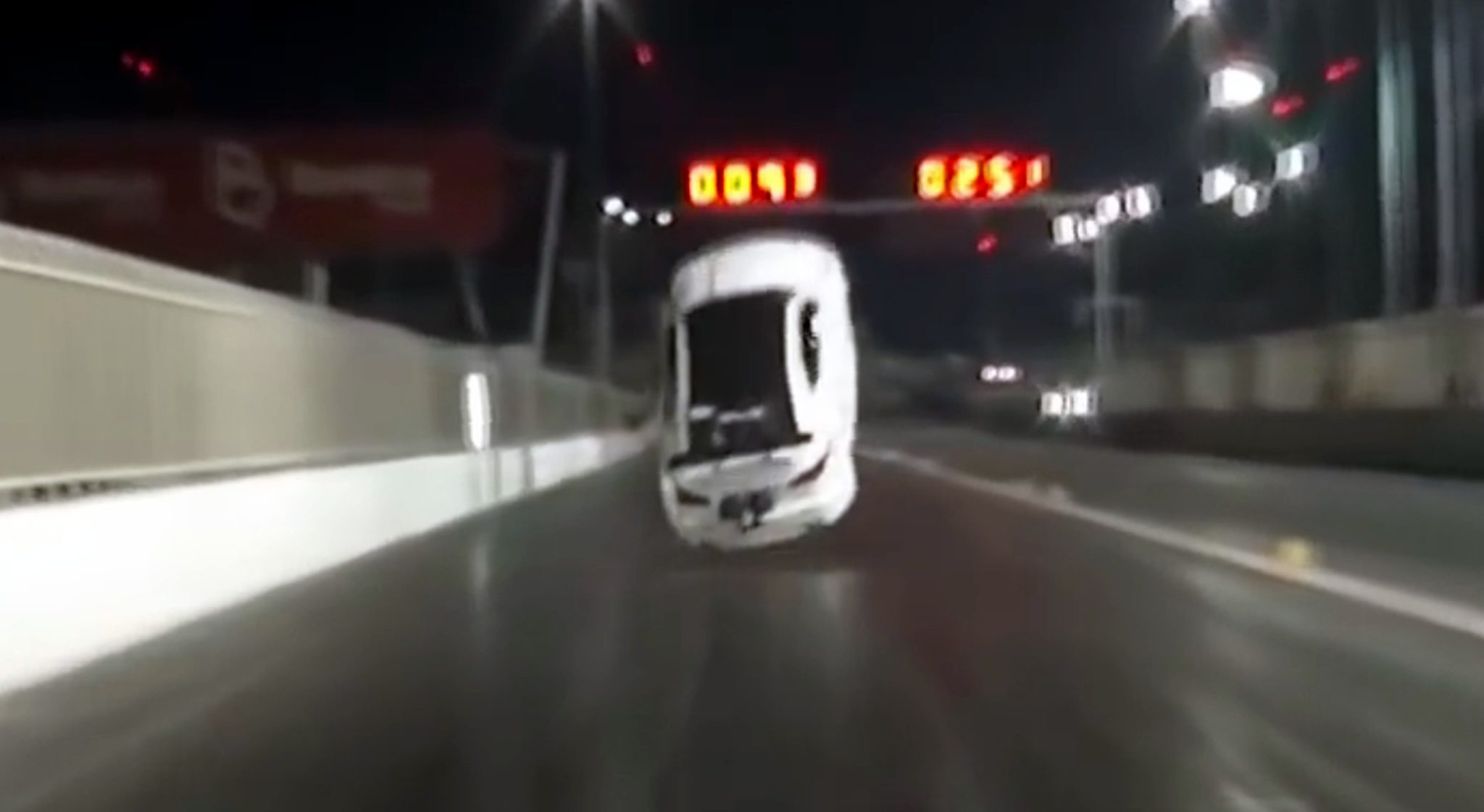 Practically any shape will fly once there's enough angle of attack and forward speed, whether it's wing-shaped or not. What went wrong here especially in the above screenshot is some combination of a poorly-designed rear wing and the various other torques acting on the car got the front end up a little-- and once it's angled up, it's going up.

Solution to the problem?

We can break down the solutions into four...

Yes that's correct, one practical solution would be to increase the weight of the vehicle to keep it on the ground. However, this causes the car to slow down and consume more fuel. Additionally, when it comes to racing cars, manufacturers cannot afford to add additional weight that can reduce the car’s speed. Therefore, carmakers need a way to counter the lift without adding more weight, thus we would require a solution to the solution.

To put it straightforward - don't build a car shaped like a wing.The design of the car decides many things. For example, it is entirely possible (and desirable) to actually generate downforce just by going faster. This is called ground effect and some aerodynamics car design tips might include making the car low enough such that  air goes faster under the car and not over it, so Bernoulli's principle actually sucks the car to the ground rather than lifts it up.

So what is Bernoulli's principle by the way? Its states that an increase in the speed of a fluid occurs simultaneously with a decrease in the pressure exerted by the fluid. The principle is named after Daneil Bernoulli.

With modern ways of simulation and testing you can design the bottom of your car in a way, that you get a zone of low air pressure underneath your (moving) car and you "suck your car onto the street"

4. Spoiler on Car - The Ultimate Solution

Spoilers are added to cars and other vehicles to make them more aerodynamic. 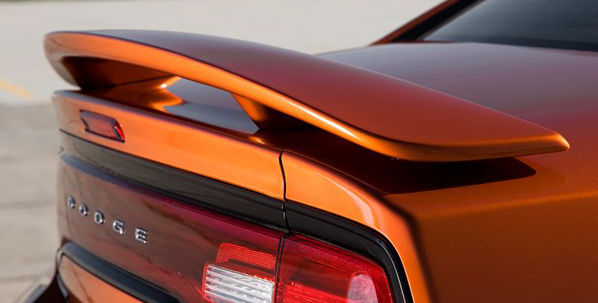 The advantages of this can be seen very readily. Instead of having a heavy car, which is slow, or having a very light car, which can slide away easily, you now have a car that sticks better the faster it goes.

Sounds perfect, right? There is one catch.

Every time a wing generates lift (or a spoiler generates down force) it also generates drag. Drag is the natural reaction of the fluid (air) to resist motion through it (the car). Drag is bad, because it slows down the car. So, more down force is good... but too much down force = too much drag, which is bad. Very very high performance sports cars, like Le Mans or F1, have a ratio called the 'lift/drag' ratio. The car designers try and maximize this so that the car has just enough force to get around the corners, but not so much that they are too slow.

So what are the types of spoilers available?

There are various types of spoilers on car available today in various designs and types of materials. However, perhaps the best way to categorize spoilers is where they are mounted on the vehicle, as this also determines how they can improve a vehicle's performance. The chart below summarizes the common types:

A popular type of spoiler found in the rear of a car, on top of the trunk; improves stability while adding a stylish look. 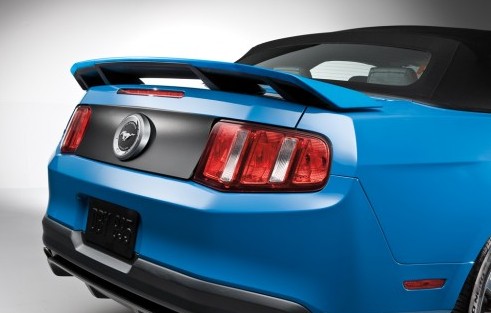 Added to the front of the car to lessen the drag created by rear spoilers; blocks any unstable air currents from entering the chassis; also called an air dam 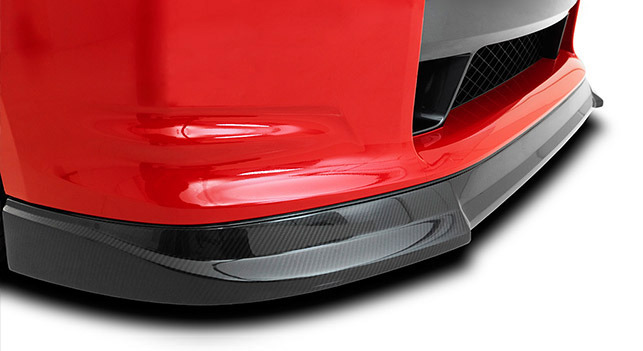 Smaller and sleeker than regular rear spoilers; usually added for aesthetics, but can be useful in reducing lift at higher speeds 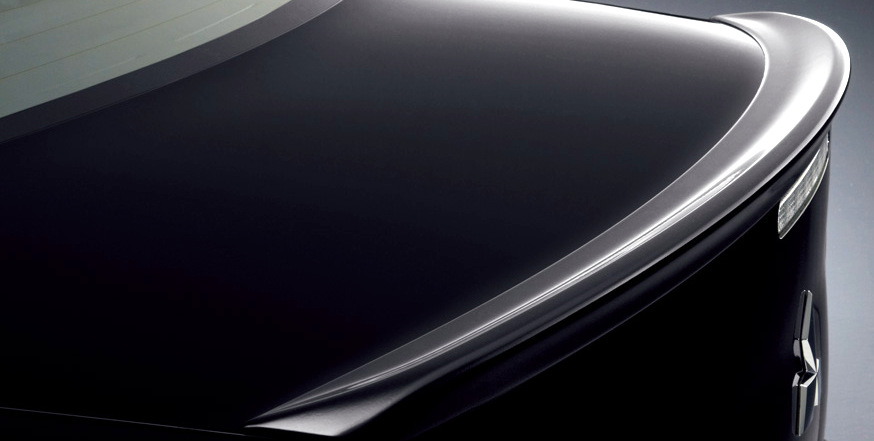 A type of spoiler seen on race cars and some customized street cars; much larger than regular rear spoilers and mounted on a bracket or pedestal; generates a down force that creates a drag to stabilize the vehicle 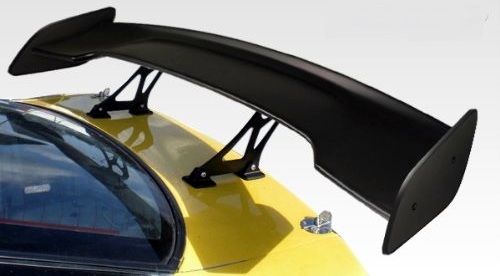 The Many Benefits of Spoiler on Car

Installing a spoiler on a vehicle provides a variety of benefits for owners. The main benefits, perhaps, are for better traction and to add a sporty look, but also include other advantages, such as increased fuel efficiency, added visibility, reduced vehicle weight, and braking stability. 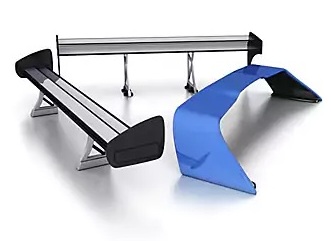 Adding a spoiler to a car is not all about looks. While many people may sneer at fancy spoilers on street cars, these do provide other advantages that changes the aerodynamics of a car.There are many different types of spoilers today, but they can be best classified according to where they are positioned on the car